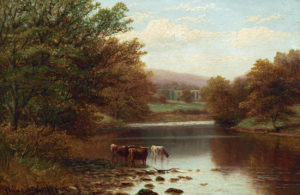 ‘Bolton Abbey on the Wharfe, Yorkshire’
‘On the Rothay near Grasmere, Westmorland‘
Signed & inscribed verso
Oil on canvas 8″ x 12″ (Pair) 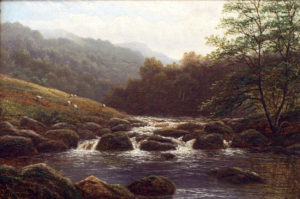