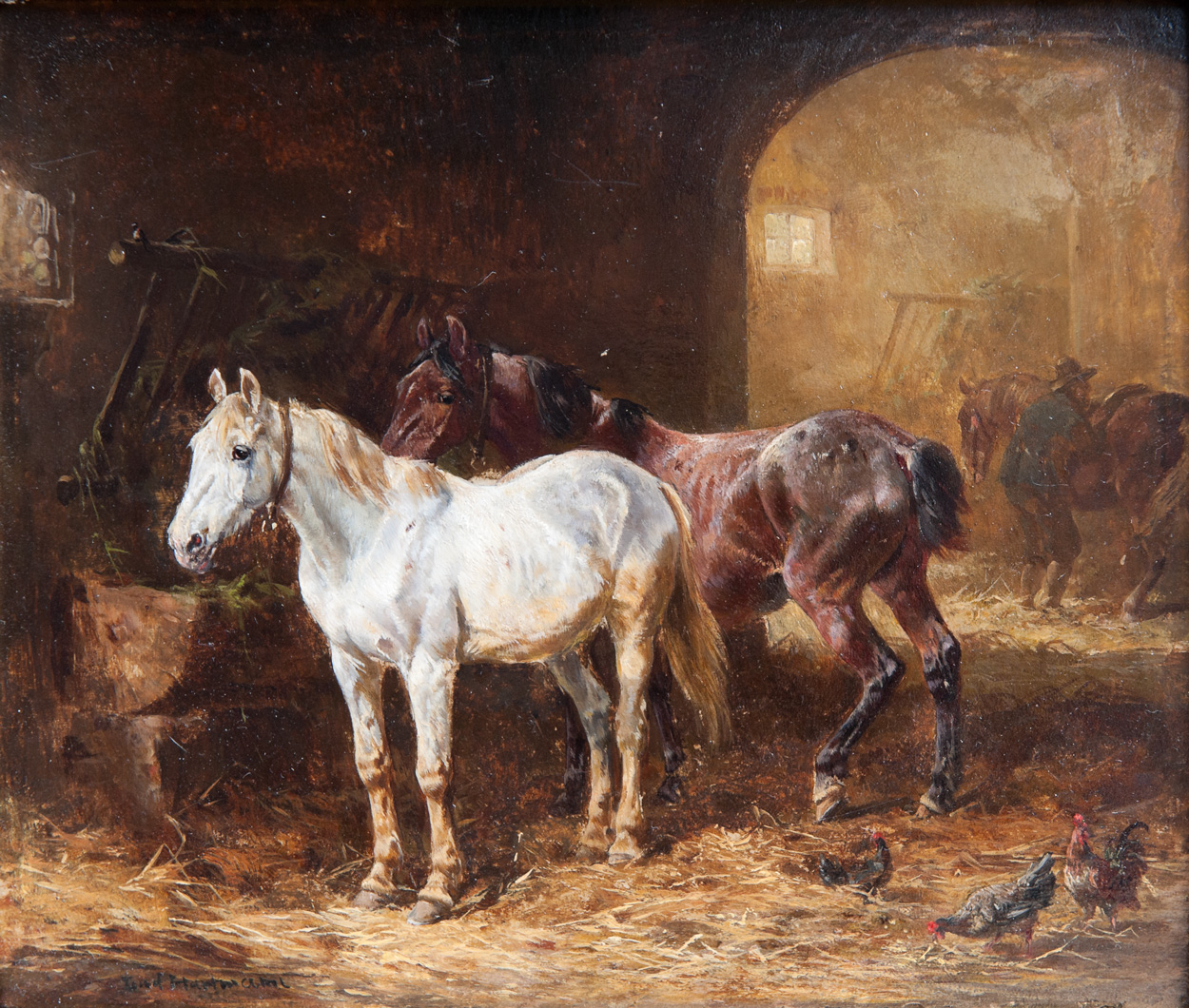 The work In The Stable shows a rather unremarkable yet trusty pair of horses in a somewhat unsalubrious stable. There is no separate accommodation for these two, who have likely either just come in from a day’s labour or are about to embark upon one. The painting is unsentimentally earthy – this is real, gritty, unglamourised life.

Hartmann was born and died in Munich. He was a pupil of the Munich Academy and of the marine and landscape artist Johann Wagner-Dienes, from whom he surely learned the appreciation for the Old Masters seen in his paintings.  Hartmann was a member of the prestigious Munich School of Painters, in its prime during his lifetime. He won medals in Vienna in 1869 and 1872.